Back to all posts

In 2015 we were at a charity event cooking turkeys for the homeless two days before thanksgiving with NASCAR Driver Red Bordner.  In the evening after leaving the event we went to the Beacon Drive Inn in Spartanburg, S.C.  At the event someone recognized Zelena and the next thing one of the owners of the Beacon came up to Zelena as she was eating and asked her if she would perform the National Anthem for Presidential candidate Jeb Bush.  Zelena said yes and literally 3 minutes later she was singing.  In the pictures I was able to grab, Zelena is seen speaking to Governor Bush afterward. 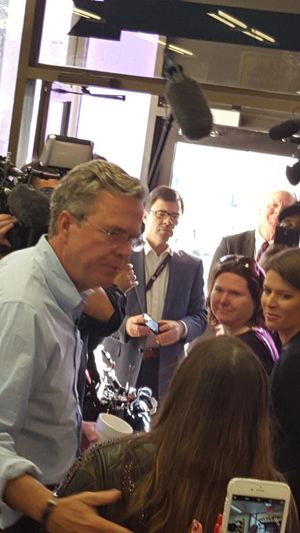